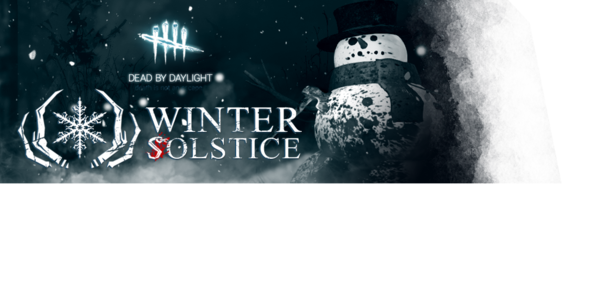 冬至2017 was an Event in Dead by Daylight

that lasted from December 14th to January 4th.

Alongside Patch 1.8.3, it kicked off the in-game celebrations in honour of Christmas 2017.

Patch 1.8.3 added a new Christmas-themed Menu Screen, adding new Props, such as snow piles, lanterns, snowmen and blinking lights, changing the Fog VFX and lighting and new Theme Music for the Menus and the Lobbies.

The Hooks, Barrels and Lockers also receive a new look.